Actor Siddhant Chaturvedi shot into the limelight with his brilliant acting as rapper MC Sher in Gully Boy which also earned him a lot of acclamation. Given his prowess in front of the camera, Siddhant landed his first role as the quintessential masala Hindi film hero in Yash Raj Films’ rib-tickling family entertainer Bunty Aur Babli 2. He plays the New Bunty in this laugh out loud con film and will be seen donning multiple disguises to pull off intricate and elaborate heists! 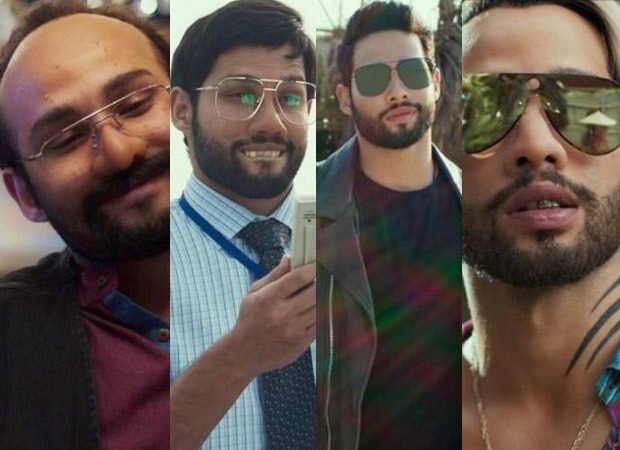 Siddhant says, “I’m getting to be so many people in Bunty Aur Babli 2 because of the number of disguises we have managed to pull off in the film! For an actor like me, that was an exciting proposition because I could show people what all I can do in my first film as the quintessential masala Hindi film hero.”

He adds, “Each disguise came with a lot of prep, each character required me to pull off different accents and body language. It was a very tough one to do because each character needs to stand out for the film to work. I had an amazing time because this is what I feel I was born to do – entertain people in various avatars and hopefully do a good job at that every single time.”

Bunty Aur Babli 2 also features Saif Ali Khan and Rani Mukerji as the original Bunty and Babli. Gorgeous debutant Sharvari plays the new Babli who is hot, intelligent and tech-savvy. This comedy will pit two sets of con artists, from different generations, against each other as they try to prove who is the better con-couple!

Yash Raj Films’ Bunty Aur Babli 2, which is set to release worldwide on November 19, 2021, has been directed by Varun V. Sharma, who has worked as an Assistant Director in YRF’s biggest blockbusters Sultan and Tiger Zinda Hai.

The Kapil Sharma Show: A new AR-based character ‘Chedulal’ to be introduced in the show

Actor Shilpa Shetty’s businessman husband Raj Kundra had deleted all his social media accounts in November last year amid the pornography controversy in which he was involved. Now, Kundra has made a quiet return to social media. Raj Kundra who was arrested by the Mumbai Police in a pornography case in July last year was […]

The multi-faceted filmmaker Ashwiny Iyer Tiwari is back at doing what she does best, bringing content to life. Recently her debut novel Mapping Love was launched to a lot of positive responses. Her last project was the sport-based series, BREAKPOINT, which was again released to a lot of critical and audience appreciation. The filmmaker is […]