The multi-faceted filmmaker Ashwiny Iyer Tiwari is back at doing what she does best, bringing content to life. Recently her debut novel Mapping Love was launched to a lot of positive responses. Her last project was the sport-based series, BREAKPOINT, which was again released to a lot of critical and audience appreciation. The filmmaker is now all set to head her debut digital project, Faadu. The shooting has officially begun for the web series and Ashwiny has shared an update of the same. 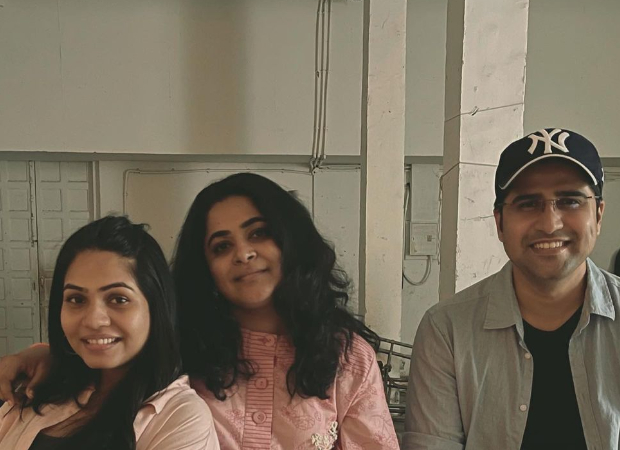 Ashwiny took to her social media handle to upload three pictures. She can be seen posing with her crewmates and also put up a picture of the clapper which showed that the first take of the first scene was set up. The filmmaker shared a hearty note as she began filming her debut web series.

“Glad to be working with @reddigitalcinema for the first time with @zeisscameralensesindia Amazed with the details this sensitive beauty captures the colours and deep focus on faces even in extreme low light. Looking forward to explore more. Thank-you @anupk15 for patiently answering my curious mind, and discussing the magic of images in cinema in depth. Looking forward for this joyous learning ‘directorial’ journey.”

Ashwiny will now make her OTT debut with Faadu which will also mark her first collaboration with Sony LIV.