Hollywood actress Jennifer Lawrence has received less remuneration than her co-star, Leonardo DiCaprio, for her upcoming movie Don’t Look Up, despite being “number one on the call sheet.” 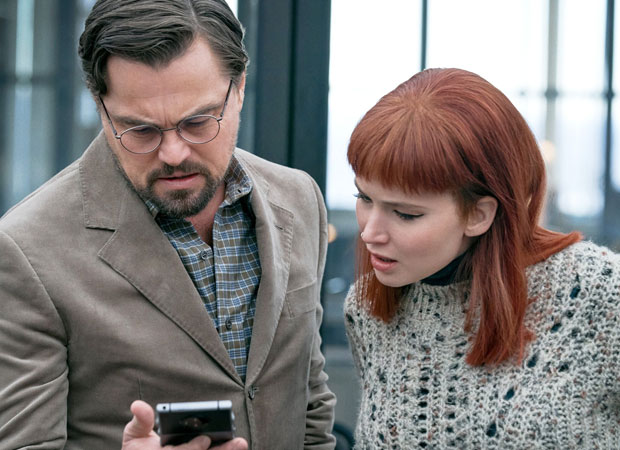 In an interview with Vanity Fair, Lawrence stated that she lobbied for top billing in the film’s credits and that DiCaprio was ‘gracious’ enough not to object. According to Variety, being the biggest star pairing of the year, $20 million paydays were the norm for both actors, DiCaprio received a reported $30 million salary and Lawrence a reported $25 million salary for the same.

“With being number one on the call sheet?” Lawrence told Variety, “Yeah. And I felt it was important that [the credits] reflect that. Leo was kind in his response. I believe we had something called Laverne & Shirley, which is a billing system they devised in which equal billing is given to both men and women. But I believe somewhere along the way, I kicked the stone a little harder, as if to say, ‘What if it wasn’t equal?'”

Lawrence is unconcerned about this. “Yeah, I noticed it too,” she said, adding “Look, Leo makes more money at the box office than I do. My arrangement has been really lucky for me, and I’m very pleased with it. In other cases, though, I’ve noticed—and I’m sure other women in the workforce have noticed as well—that asking about equal pay is exceedingly unpleasant. If you raise an issue that appears to be unfair, you’ll be told it’s not a gender issue, but they can’t tell you what it is.”

Don’t Look Up is a Netflix comedy on climate change directed by Oscar winner Adam McKay. It has one of the most impressive casts in recent memory, with Meryl Streep, Jonah Hill, Timothee Chalamet, Mark Rylance, Ariana Grande, Chris Evans, Cate Blanchett, Rob Morgan, Scott Mescudi, and others joining Lawrence and Leonardo DiCaprio.

Don’t Look Up is story of two low-level astronomers who are forced to travel around the U.S. to warn the population that a giant meteor is heading straight toward the planet and will destroy it.

Lawrence, like DiCaprio, has won an Academy Award. On December 10, Don’t Look Up will have a limited theatrical premiere before being streamed worldwide on Netflix on December 24.

Also Read: Jennifer Lawrence speaks out about the naked photos that were leaked in 2014: ‘My trauma will exist forever.’

EXCLUSIVE: Afsana Khan on her exit from Bigg Boss 15; “Hearing my fiance Saajz’s voice, I just melted and came out of the house”

Anupamaa, Ghum Hai Kisikey Pyaar Meiin, Imlie and more — A look at the most dhamakedaar upcoming twists of your fave TV shows

One of the esteemed production houses of the country, Dharma Productions, got a boost with the super duper success of Kuch Kuch Hota Hai (1998). It also served as the directorial debut of Karan Johar and from thereon, it began to be known as the banner that churns out candyfloss movies. However, in the last […]