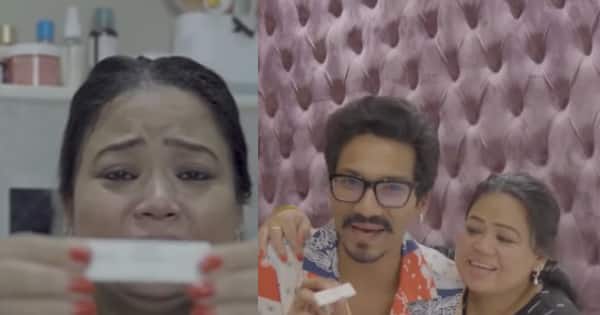 Yaay… comedians Bharti Singh and Harsh Limbachiyaa are pregnant with their first child. The couple celebrates the news with their friends.

Comedians Bharti Singh and Harsh Limbachiyaa have announced that they are expecting their first child in the cutest way possible. A video of the two has made its way to the internet in which we see Bharti recording Harsh’ reaction when she reveals that she is pregnant. Given their personalities, the video is of course filled with a lot of hilarious moments.

Later the couple also partied with their friends from the industry to celebrate the moment. Jasmin Bhasin, Aly Goni, Punit Pathak, Nidhi Moony Singh Pathak and others. A picture of the group has gone viral on social media in which we see all of them pointing at Bharti Singh’s baby bump.

TV News Weekly RECAP: Sidharth Shukla-Shehnaaz Gill were most tweeted about celebs in 2021, Bigg Boss 15, Ankita Lokhande injured days ahead of her wedding and more