Renowned filmmaker, Aanand L Rai is all gearing up for the release of his romantic comedy, Atrangi Re, with Akshay Kumar, Sara Ali Khan, and Dhanush. The filmmaker has described this project multiple times as something very close to his heart and has kept the core premise of the film under wraps until the release of the film on December 24. We have exclusively learnt that Rai’s first choice for this film was Salman Khan. 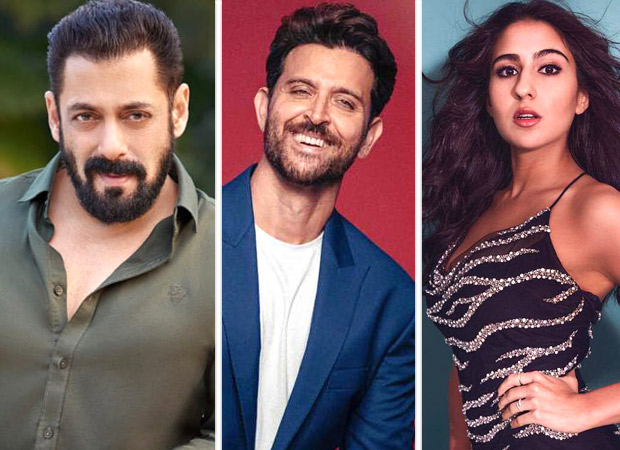 “The soul of Atrangi Re, lies in the concept of desirable men and hence, the first actor that came in Rai’s mind to play the role of a desirable magician turned lover was Salman Khan. While the superstar loved the concept, things didn’t fall in place for reasons best known to the two,” a source told Bollywood Hungama. This was the second time that Rai approached Salman with a feature film (after Zero), but things didn’t work out. After Salman, Rai’s next choice was Hrithik Roshan.

“Again, much like Salman, Hrithik too is among the most desirable actors of Hindi cinema with an unmatched fan following among females. The two had multiple meetings, and Hrithik was on the verge of signing the film before finally letting go of it at the last moment,” the source further told us and added that after the two, Rai with little hesitancy approached Akshay Kumar, who straight away believed in his vision and jumped onto play the soul of this love story.

“Akshay is a risk-taker and was more than willing to take his big risk of exploring a part not done before in Hindi cinema. He hit the right note with Aanand L Rai right from the first day of the shoot and today, the two have become friends for life. They are all gearing up for 2 more films after Atrangi Re – Raksha Bandhan and Gorkha,” the source said.

Atrangi Re will premiere this Christmas on Disney+ Hotstar.

Also Read: Akshay Kumar reveals why he opted to do Atrangi Re despite having a small role

Superstar Salman Khan was bitten by a snake in the late hours of Sunday at his farmhouse in Panvel. He was immediately rushed to  Kamothe hospital in Navi Mumbai. Fortunately, the snake he was bitten by was a non-venomous snake. The actor has got the treatment done and has now recovered completely. Reportedly,  Salman Khan’s […]