Deadpool star Ryan Reynolds revealed that he was mistaken for Ben Affleck at his local New York pizza joint. During a recent appearance on the Dear Hank & John Podcast, Reynolds shared this hilarious story stating that he has never corrected those people. 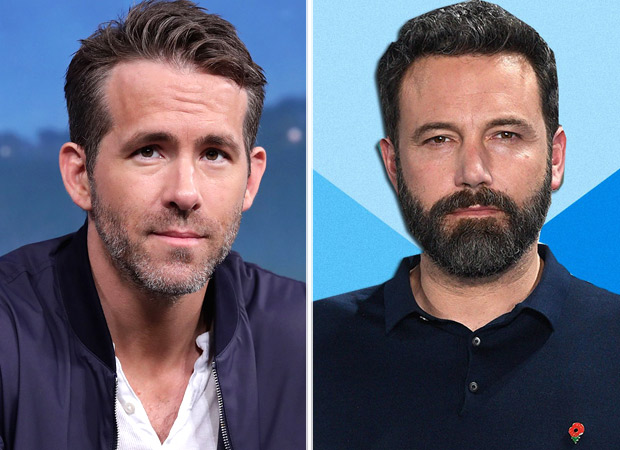 “There’s a pizza place in the East Village in New York that I’ve been going to for years,” Reynolds said on the podcast. “They believe I’m Ben Affleck and I’ve never corrected them.” When pointed out this kind of situation could become a problem if it’s not addressed quickly enough, Reynolds agreed, quipping he felt like “it would not go over well” if he actually admitted he wasn’t the Boston-bred Affleck.

However, Reynolds also made it clear that although he plays along, he doesn’t use the mistaken identity to his advantage. “I don’t accept anything ― like they’re not giving me free pizza based on this factor,” he quipped. “I do everything normal, just like everyone else. They just think I’m Ben Affleck. They’ll ask how J.Lo is — ‘great, good’ — get my pizza and off I’ll go.”

It may seem random to mistake Ryan Reynolds for Affleck, but it’s not the first time they’ve been mixed up. In 2015, a fan asked on Twitter if anyone could tell the two apart. Reynolds, of course, had fun at the fan’s expense, quote-tweeting it and saying, “Mom, please get off Twitter. Now.”

“What I think makes it believable is I look mildly sort of put out that they’re asking me this again about my life and the movies,” Reynolds said about his pizza parlor situation. “When I leave, I think they’re like, ‘I don’t think Ben Affleck is amused by us and our questions.'”

The hosts joked that he was now ruining Affleck’s reputation. They also discussed another mistaken identity issue concerning that other Ryan Gosling — a far more common occurrence. “Years ago, I used to play fast and loose a little bit more on Twitter. These days, I’m a little bit more reserved,” he said in response to a fan question about getting the two mixed up, recalling how he once answered the question on Twitter.

“I said, and I would never say this today, ‘Well, the difference is easy to spot. Ryan Gosling has blond hair and Ryan Reynolds is a c—,” Reynolds shared.

On the work front, Ryan Reynolds starred in three films in 2021. The first, Hitman’s Wife’s Bodyguard, is an action comedy film directed by Patrick Hughes and written by Tom O’Connor and Brandon and Phillip Murphy.

In his last film of the year, Reynolds starred alongside Dwayne Johnson and Gal Gadot in Netflix’s thriller Red Notice, written and directed by Rawson Marshall Thurber.

In October 2021, Reynolds announced he was taking “a little sabbatical” from his work after the production of Spirited.

Also Read: Ryan Reynolds and Will Ferrell switch places to pull a prank on Jimmy Fallon and Jimmy Kimmel

The social comedy Dasvi was released today on Jio Cinema and Netflix. Starring Abhishek Bachchan, Yami Gautam Dhar and Nimrat Kaur, the film has caught attention ever since its trailer came out. Abhishek Bachchan playing the part of the illiterate Chief Minister Ganga Ram Chaudhary has been appreciated. The character mouths several funny one-liners and […]

Bollywood actress Ananya Panday uploaded a glimpse of her fun day out with her best friend and since then fans cannot stop talking about it. The Liger actor went on a book shopping spree along with her BFF Navya Nanda Naveli. In between all, she shared a cute selfie of them from the store. The […]