Delhi Chief Minister Arvind Kejriwal on Tuesday announced strict restrictions in the city in view of the rising COVID-19 cases and a surge in the Omicron variant in the city. In the past few weeks, India has seen a rise in the number of cases with experts predicting the country to see a peak in daily cases only by February. 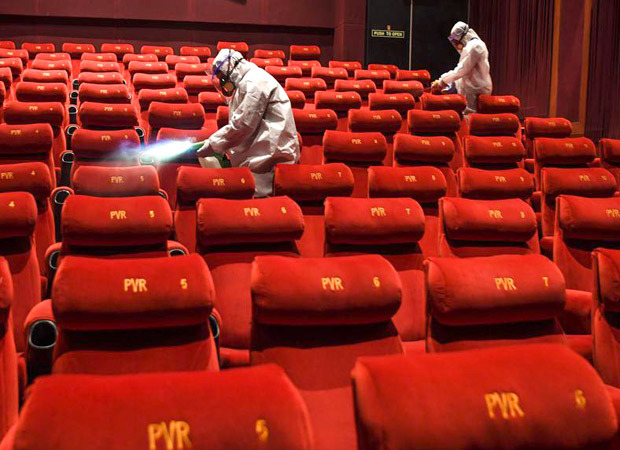 On Tuesday, CM Kejriwal announced that spas, gyms and cinema halls that were earlier operating at 50 percent capacity will be shut down. This announcement has come after the national capital witnessed a test positivity rate of more than 0.5% from the past two days.

This announcement has come as a big blow to filmmakers and theatre owners, exhibitors, and distributors. The theatres were just reviving with films like Sooryavanshi, Spider-Man: No Way Home, and Pushpa bringing people back to the theatres despite the 50 % capacity rule. Now, with the Delhi government announcing to shut down cinema halls, it will have a major impact on the business of the recently released film 83 starring Ranveer Singh and upcoming films like Jersey starring Shahid Kapoor and the pan-India film RRR. SS Rajamouli’s RRR was expected to revive the theatres. The film which is scheduled to release on January 7 stars Ram Charan, Jr NTR, Alia Bhatt, and Ajay Devgn.

South Korean juggernaut BTS had to cancel their plans of visiting the U.S. as the 2022 Grammy Awards got postponed, due to the recent Omicron variant concerns. The ceremony was originally scheduled to be held at Crypto.com Arena in Los Angeles, California on January 31. According to Soompi, the Recording Academy (organizer of the event) […]

Shah Rukh Khan’s son Aryan Khan along with his best friend Arbaaz Merchat and five others were arrested last month by the Narcotics Control Bureau. They were arrested in relation to the drug-on-cruise case. Aryan along with Arbaz and others spent almost 27 days in the Arthur Road Jail in Mumbai. They are granted bail […]