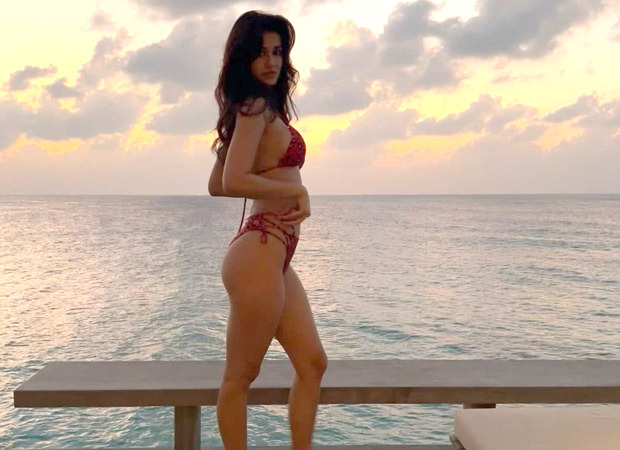 In the picture, Disha looked hot in a skimpy red printed bikini. She struck a sensuous pose for the camera in the backdrop of the sea and cloudy evening sky.

On the work front, Disha was last seen in the film Radhe opposite Salman Khan. She recently wrapped up her portions in the film Yodha. Also starring Sidharth Malhotra and Raashi Khanna, Yodha is the first action franchise from the Hindi film industry. Disha will be seen doing her own stunts in the action-packed movie. The actress will also be seen in the film Ek Villain Returns alongside John Abraham, Arjun Kapoor, and Tara Sutaria.

PK has proved to be one of the most brilliant films in the history of Indian Cinema. The film featured Aamir Khan in the titular role with Anushka Sharma, Sushant Singh Rajput, Sanjay Dutt, and Boman Irani in pivotal roles. While the final scene also had a special cameo of actor Ranbir Kapoor. A few […]

On Saturday, Bollywood’s multi-talented actor-filmmaker-singer, Farhan Akhtar, performed live in Goa for the first time in three years. His performance was a heartfelt homage to the city where his filmmaking career began, with a beautiful verse to the iconic film, Dil Chahta Hai. Farhan shared a video from the gig and captioned it, “Head over […]