Shah Rukh Khan recently resumed work after his son Aryan Khan’s bail. Now, a picture of the superstar from the sets of a film has surfaced on social media. As per reports, the picture has been clicked on the sets of his upcoming film Pathan. 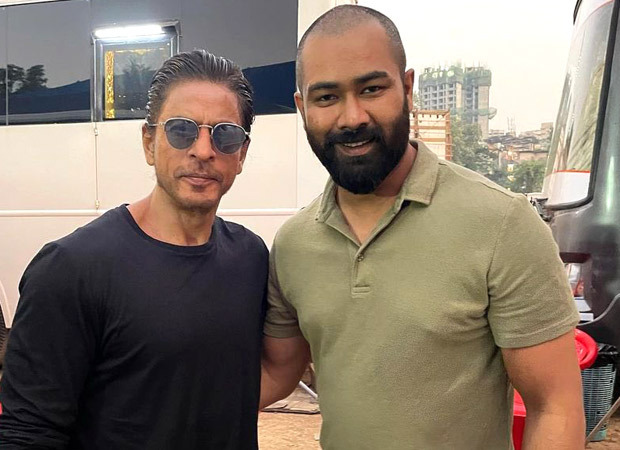 The picture of Shah Rukh Khan was shared by model-actor Diganta Hazarika on Instagram. Diganta was also a part of the film Mohenjo Daro. In the picture, Khan can be seen posing with Diganta dressed in a black T-shirt and sporting a stylish pair of sunglasses.  The actor who will be sporting long hair in the film has his hair neatly tied in the picture.

Sharing the picture, Diganta wrote, “Success is not a good teacher, failure makes you humble…. SRK @iamsrk The most successful actor of India Cinema yet the most humble human being.” Later on, Diganta deleted the picture from his Instagram feed.

Shah Rukh Khan has been shooting for Yash Raj Films’ Pathan for a while now. The film directed by Siddharth Anand also stars Deepika Padukone and John Abraham. While the makers have not officially announced the film, it is expected to hit the theatres in the latter half of 2022.

Anupamaa: Rupali Ganguly shares her wish for New Year 2022; recalls difficult 60 days she was away from home

Actor Vicky Kaushal is currently shooting in Indore for his upcoming film with director Laxman Utekar.  The actor has often confessed that he does not like sitting in his vanity van in between shots and on Monday he dropped proof of the same. The actor took to his Instagram feed and treated fans with a […]