Parineeti Chopra had a successful run on the work front in the year 2021. The actress stood out with her performances in the films The Girl On The Train, Saina, and Sandeep Aur Pinky Faraar. She also completed 10 years in the industry in 2021 and celebrated the same on the sets of her upcoming Uunchai which also stars Amitabh Bachchan, Anupam Kher, and Boman Irani. 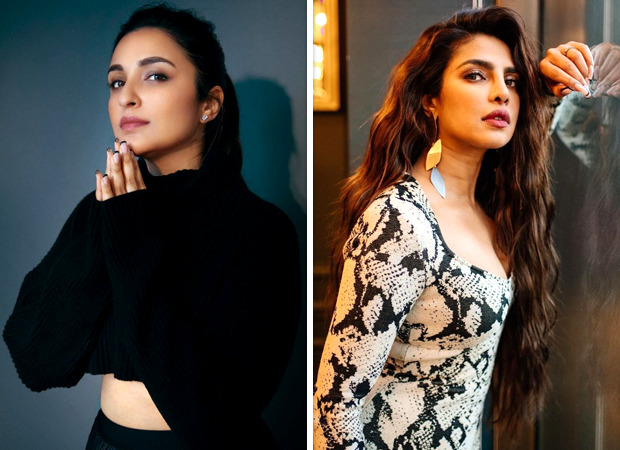 Parineeti Chopra made her debut with the film Ladies Vs Ricky Behl in 2011. The film also starred Anushka Sharma and Ranveer Singh. She later made her debut as a lead actress in the film Ishaqzaade that was released in 2012. Parineeti is also the cousin of global star Priyanka Chopra Jonas. In a recent interview with Bollywood Hungama, when Parineeti was asked about the advice she got from her cousin before she entered the industry, she revealed, “She(Priyanka) said carve your own identity and show the world what you can do”.

Further, she was asked about one thing that she thinks comes casually to her contemporaries but she finds awkward to do. Responding to the question, Parineeti said, “There are two things. One is they are very good at self-grooming, styling, taking care of fashion, taking care of being ready. They are very good at it. But I have to work very hard at just getting ready and being fashion conscious. That is something I have learned over time. The second one that comes very easily to them is their knowledge of films and their knowledge of the industry and meeting the right people and making the right connections which I am still learning.”


On the work front, Parineeti will next be seen in Sooraj Barjatya’s Uunchai and Sandeep Reddy Vanga’s Animal.

ALSO READ: EXCLUSIVE: Parineeti Chopra on working with Ranbir Kapoor in Animal- “I am very nervous to perform with him”

Just four months after One of a Kind, South Korean group MONSTA X is back with their 10th mini-album No Limit. The group is promoting as a five-member group since the group’s leader Shownu enlisted for mandatory military service in July 2021. No Limit was released on November 19, and it features seven tracks. Akin […]