Actor Vicky Kaushal is currently shooting in Indore for his upcoming film with director Laxman Utekar.  The actor has often confessed that he does not like sitting in his vanity van in between shots and on Monday he dropped proof of the same. The actor took to his Instagram feed and treated fans with a video of him dancing to the beats of ‘Rowdy Baby’. 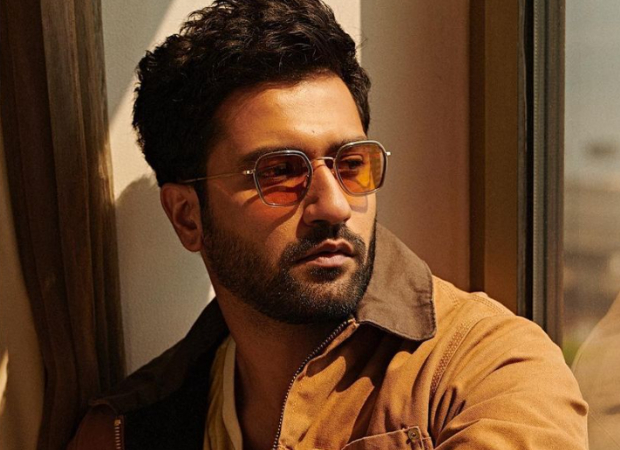 Helping us get rid of our Monday blues, Vicky dropped a small video of him grooving to the hit track ‘Rowdy Baby’. The actor can be seen dressed in a T-shirt and sweat pants as he danced to the Tamil track. “What Monday blues? #setlife #bestlife,” wrote Vicky sharing the video.

Meanwhile, Katrina Kaif was spotted heading to Indore over the weekend to spend time with husband  Vicky as he shoots in the city.  On Sunday, the couple completed one month of marriage and shared unseens pictures of themselves to mark the occasion.  While Katrina chose a selfie with Vicky, the latter shared a picture from their wedding sangeet. Vicky captioned his picture, “Forever to go.” As for Katrina, the actress captioned her love-filled selfie, “Happppyyyyy one month my love.”

Sara Ali Khan constantly keeps her fans updated with her life. Recently, the trailer of her film Atrangi Re was unveiled. The film, helmed by Aanand L Rai, also stars Akshay Kumar and Dhanush. The actress is gearing up for the release of her film. The actress has now shared an update about the film’s […]

Mrunal Thakur has been promoting Jersey with Shahid Kapoor in slew of ensembles ranging from blazer dresses to playful frocks to striking pants, as part of the film’s promotion over the last few days. Her most recent promotional outfit was a black embroidered saree, which she wore with unrivalled grace. For a recent promotional event […]