Umar Riaz was recently evicted from the Bigg Boss 15 house on grounds of violence by the makers of the show. After Umar’s sudden eviction, netizens and many celebrities have been coming out in his support. All of them have been claiming his eviction to be unfair and biased. 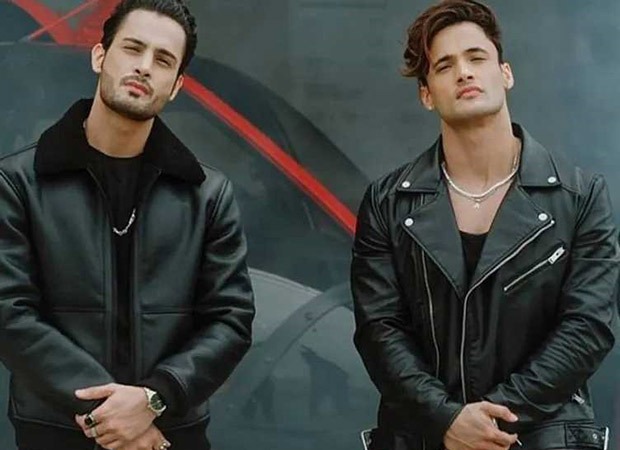 Umar’s brother and Bigg Boss 13 runner-up Asim Riaz has also come out in the media to speak about the matter. While interacting with the media, Asim said, “Obviously the eviction was unfair because this is not the first time that someone has pushed someone in this season. But they were retained in the season and Umar was asked to leave the show. In this season, there were other contestants also as I said earlier, but as Umar was the strongest he was evicted.”

Asim further questioned why didn’t the makers evict Karan Kundrra, Pratik Sehajpal and others when they got violent. Asim said, “He was so strong that other contestants were not able to shine. He was a threat to other contestants. He was loved by everyone outside. Karan Kundrra had pushed Pratik and there were other incidents also but then no action was taken at that point of time. This time Umar was asked to leave. If they really wanted to be fair they should have taken the decision at that time also but they didn’t”.

Asim also feels Umar was the strongest contestant and was a threat to other contestants and that’s the reason the makers decided to evict him. “I still feel that Umar was evicted from the show as he was very strong and he was not letting others shine. If you closely observe the Weekend Ka Vaar also, Umar was discussed and they were saying that Umar is so strong that he is not letting others become strong. As far as audience votes are concerned, we all know everyone is saying he had received 70 per cent votes to be retained on the show. Unfortunately, he was still evicted. His fans have made a record of 10 million tweets and nobody has achieved this much. This unfair thing has not happened for the first time in the show, we all know it has happened many times in the past,” shared Asim.

ALSO READ:The story of Umar Riaz comes to an end in the show, with viewers crowning him the ‘Public Winner.’

Actor Ayushmann Khurrana is known to experiment and present new stories and perspectives with every film of his. In his upcoming film titled Chandigarh Kare Aashiqui, he will be seen in a completely new avatar. The actor built a bulky body for his character in the film. Directed by Abhishek Kapoor, Ayushmann plays the role of […]